About the FAA's NextGen Project

Over the past few years, the Federal Aviation Administration (FAA), which controls all air space and flights, has implemented its NextGen effort across the nation. The FAA’s goal with NextGen is to improve safety and the efficiency of air carrier traffic by (in effect) narrowing departure and arrival paths down more specific and repeatable tracks. 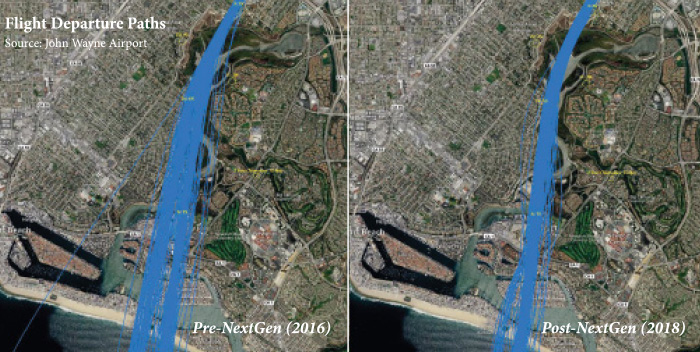 In our region, the FAA studied the 23 or so airports in and around Southern California (calling this the So Cal MetroPlex) and has implemented three new departure patterns for John Wayne Airport’s (JWA’s) major commercial air carriers. General Aviation planes generally do not fly these patterns. The three NextGen patterns out of JWA are known as:

For more information or to file a complaint, please contact the FAA or visit its NextGen website.